During my latest travels I made my way to Cancún and, to be honest, after a few chats with beer buddies around the globe, I really thought my beer options would be minimal . However, after sampling a few margheritas (it is Mexico after all) I pondered my beer options.

After scouring supermarkets and local bars our original choices were pretty narrow. I’d had Pacifico a few times with accompanying burritos when in San Fran so I grabbed a bottle of this when dining out, followed by a Montejo and to be honest neither of them rock my world but I was happy to down them with my eats for the night.

Another day passed and thankfully an Instagram beer pal (thanks ‘Martigaragardo‘) recommended a few Mexican beers to try and nab and after scouring another supermarket (that wasn’t Walmart) we struck beer gold – high five to the beer gods.

Here’s a nifty list of the beers I sampled so that hopefully you can pick them up when you’re on vacation in Mexico: 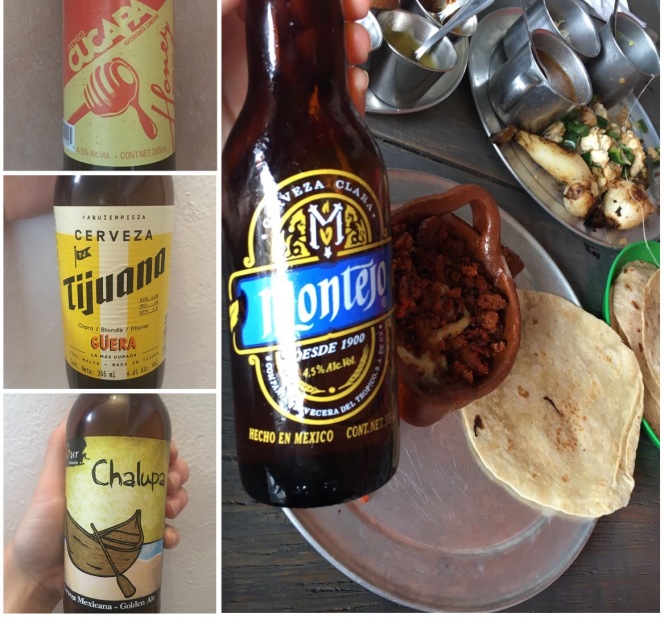 Out of the list my definite favourite had to be the Tiniebla. Not only does this beer look the part, it had a complexity that the others were missing. I really wished I’d have got my hands on a few bottles at the start of our trip.

If you’d like to read more about Insurgente, based in Tijuana then check out this LA Weekly article – if you live there you’re lucky as you can get your hands on their tasty beers in quite a few places (jealous).

So, although Mexico “isn’t synonymous with craft beer,” as a lot of people cited – I was certainly surprised that I managed to bag more than a few beers to choose from and they were a delicious complement to the plentiful spicy food I consumed by the bucketload there.

Got my @bravenoisebeer 🍺 collection out, ready to listen to this podcast. I couldn’t stomach it this morning in all honesty pre-breakfast.
Making silly faces with a drink in my hand is one of my fave past times.
Can you relate? 😂
F%!k that “well it doesn’t affect me” attitude.
🍺 by @rokhousebrewing - I picked up at the Star Wars Celebration Bottle & Can Share in Anaheim. 💛
I’ve got my snacks ready. HBY?